This one covers some basics. “Basics” in the sense that greenhouse gases have been a big part of the conservations discussion for decades now. The issues surrounding them are obviously complex. As with all complex things, the more fully we can understand it, the more able we are to discern appropriate solutions.

There are dozens, possibly hundreds, of unique ways in which we’re polluting the planet. Where should we even start?

Which pollutants are the most harmful, and what are the leading contributors? It’s hard to be effective if we don’t know where we should be focusing our attention.

I’ll be perfectly honest, beyond the vague knowledge that “fossils fuels are bad,” I was largely unaware of the leading causes of air pollutants and CO2 emissions around the globe until the last year or so.

In this article, my goal is to not only break down the outputs that cause air pollution, but to also take a look at who is most effected. By no means will this provide all the answers, but it will give us a sold foundation from which to start.

What is a Greenhouse Gas?

CO2 – carbon dioxide – is likely the chemical that first comes to mind. It’s the gas that gets the most buzz, and for good reason. According to the EPA, CO2 accounted for 76% of all human-emitted greenhouse gas in 2014.

Additionally, methane (CH4), nitrous oxide (N2O), and various F-gases are released into the air on a regular basis, contributing to a city- and global-level greenhouse effect.

Once those gasses are in our atmosphere, they impede the heat of the sun from reflecting off the planet and bouncing back out. Like a car with the windows rolled all the way up, our planet traps some of the sun’s energy and begins to warm.

Because I lived in the Bible belt, I grew up listening to adults discuss how scientists were overreacting, how it was all propaganda and agenda. Though I can’t possibly recall exact words, the impression their discussions left on me was that they believed that God was bigger than any impact we could possibly have on the planet, and that the world went through natural cooling and heating cycles all the time, so it was hubris to believe we were contributing to this change.

While God, if you do believe in one, is certainly bigger than any individual planet and its problems, and while the earth does go through natural cooling and heating cycles, neither of those facts discredits trends that scientists have been observing for decades.

The issue in question isn’t whether or not the warming of the earth is normal, but whether the rate of said warming is normal. Scientific advancements have allowed brilliant men and women to measure with increasing accuracy the effects greenhouse gasses themselves are having on the earth’s surface temperature.

This overview of a study from 2015 explains in super readable and succinct language how scientist have been able to measure the greenhouse effect in one particular case. And of course, many other such studies exist. I’ve linked several in the “Sources” below!

Who is Emitting Greenhouse Gases?

In some cities, the gases we’re releasing into the air directly affect the local population. Air pollution can shroud entire stretches of cities in a perpetual, artificial twilight, all the while contributing to lung, and other forms of, cancer.

As of 2018, 7 of the 10 cities with the worst air quality were in India, and out of the top 50 cities with the most polluted air, India and China account for 47 of them. Even in the 50th worst city, the air is still considered unhealthy for five months out of the year.

Because of those staggering statistics, continuing to partner with developing and/or densely populated countries in a fight toward greener energy and transportation is critical. Over the course of the past century, the US has emitted more cumulative CO2 into the atmosphere than any other country. But recently, both China and India have started matching the US on an annual basis. As those countries continue to develop their rural areas, their carbon footprint will only grow.

The burning of fossil fuels is the leading cause of CO2 emission into our atmosphere. In on the US, the two largest contributors are transportation and electricity. Industry follows swiftly behind.

But who are these “industries?” While we can identify transportation as being an issue of burning fuel to power planes, trains, and automobiles, “industry” is a fairly nebulous term.

Unsurprisingly, oil is the industry with the largest contribution to pollution. Between air pollution, wastes, the consequences of fracking, and unintended oil spills, the quest for petroleum takes a toll on our planet. This article provides a quick run-down of the ways in which oil harms our planet, including the emission of greenhouse gases.

As you may have also heard, the fashion industry is notoriously “dirty,” but that’s in large part because of the huge quantities of water consumed and used by the industry, as opposed to greenhouse gas emission. I’ll provide a more detailed post of the fashion industry later down the line! (There’s just so much to talk about, and so little time. Wow)

As will both transportation and electricity, the main issue with any industry’s contribution to air pollution is the burning of fossil fuels. Ultimately, we need to find cleaner ways of fueling our cars and generating electricity.

There’s been a lot of buzz around renewable energy in the last decade or two. Can we make fuel with corn? Is nuclear energy safe? Can we make cars more efficient?

As for energy as a whole, science is plunging forward. From wind power, solar panels, and alternative fuels, scientist are doing their best to find alternatives to the fossil fuels we are so dependent on. In the future, I aim to write a post detailing the pros and cons of each energy type, as well as where scientist feel we are in the timeline of making each source fully viable.

When you think about your own carbon footprint, what comes to mind?

For me, I consider how many flights I’ve hopped on the last year, how much fuel I put into my car, how much electricity I use to power the lights in my apartment, and how many imported foods I consume (I’m currently working on educating myself about the food I eat. Check out my review of the documentary, Sustainable, here).

If you’re curious about the “exact” size of your carbon footprint, there are a variety of free resources you can use to calculate it. You’ll need to know roughly how much natural gas and electricity you consume each month, though, so have those bills handy.

I personally really liked this website, as it not only calculates your footprint, but also gives you direct links to projects you can use to offset your carbon emission.

There are only so many ways in which you’ll be able to reduce your carbon footprint. Perhaps your job requires you to travel. Maybe despite your ambitions, you can’t currently afford the investment of an electric vehicle (me. I am that person). Maybe you’re the parent of teenagers who REFUSE to turn off lights when they leave a room.

Whatever the obstacle, there is a limit to how much we can reduce our impact. This is where offsetting comes in! By donating money to causes that give back to the planet, you can help “reabsorb” some of those fumes our everyday lives pump into the atmosphere.

Some common means of offsetting are:

When it comes to reducing the output of greenhouse gases into the atmosphere, the project takes a team effort. The larger the public push for renewable energy sources, cleaner production processes, and reforestation efforts, the quicker those changes will be made.

The harsh reality is that money is a driving force. Scientists can only conduct research when funding for their projects exists, and that funding comes from a blend of private and public sectors. When it comes to public funding, politicians hear your voice. Speaking up, writing letters, and making phone calls to your local, state, and congressional representatives let them know where your priorities lie. They want to keep you happy, because they want to stay in office.

When it comes to big business, money is obviously the bottom line. Within reason, the more you can shop sustainable or eco-friendly businesses, the more incentive all companies have to instill green habits. Remember that “eco-friendly” comes in many forms. Some companies are actively seeking ways to make their product more sustainable, like LEGO or Starbucks. Other companies donate to charities or seek to offset the portions of their footprint they’re unable to cut. In an upcoming article, I’m going to write some profiles on major brands who are setting their sights on our planet’s future.

If you learned something from this article, let me know! If you have information to share, articles to recommend, or additional thoughts on greenhouse gasses and our impact on the planet, please share below! I also welcome more direct feedback to the site’s email: down2earthblog@gmail.com

“Oil and the Environment” https://www.eia.gov/Energyexplained/oil-and-petroleum-products/oil-and-the-environment.php 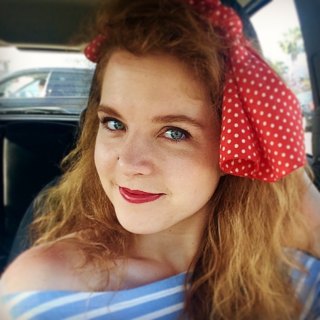